The Anthology of SVN Offices: Innovates, Collaborates, and Communicates to Elevate

This post originally appeared on tBL Member SVN | Desert Commercial Advisor's News Blog and is republished with permission. Find out how to syndicate your content with theBrokerList. 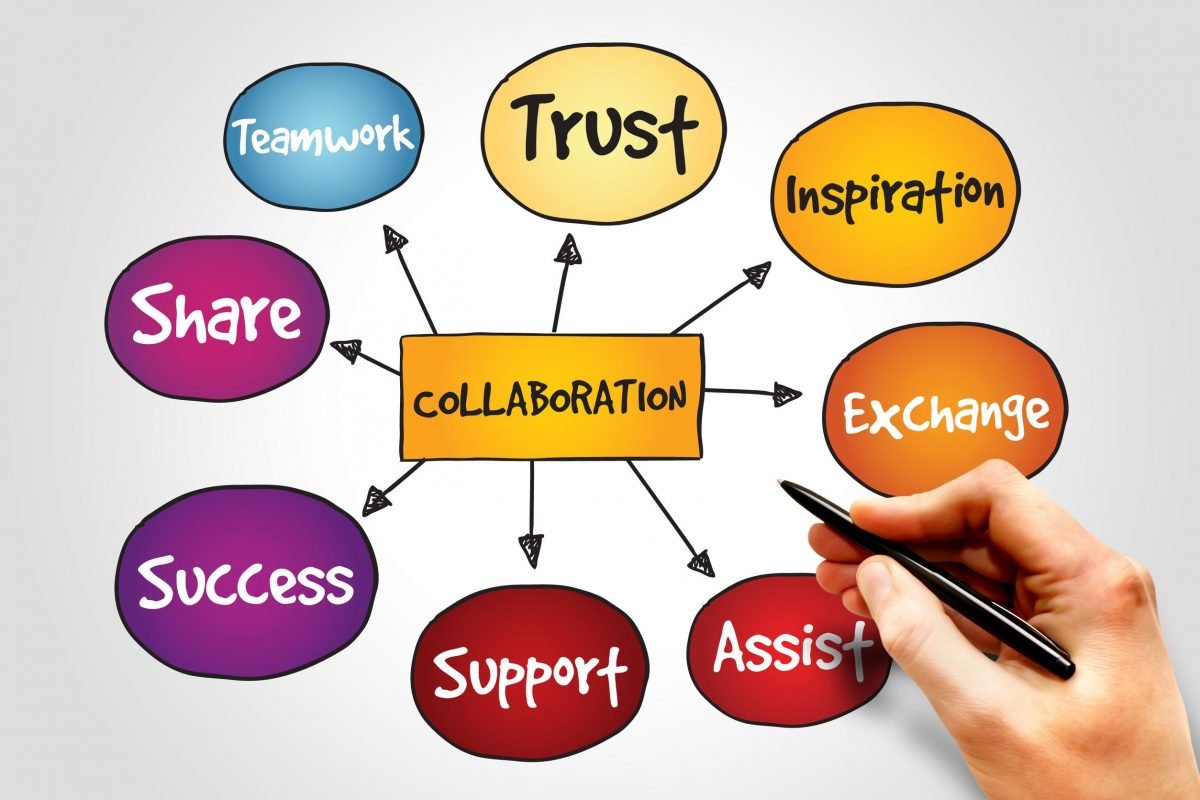 SVN Desert Commercial Advisors is located in the Biltmore/Central Phoenix corridor and has become one of the leading SVN offices in the nation and the largest SVN office in the State of Arizona. Desert Commercial Advisors has ranked in the top 15 offices out of the 200 offices nationwide. Managing Director, Perry Laufenberg was recognized this year in the 2018 edition of AZ Business Leaders Magazine as one of five Top Real Estate Broker Managers in the valley.

“Being one of the youngest Managing Directors in our industry is a point of pride for me,” said Laufenberg.  The beginning of 2017 started with many changes including the office relocation for the brokerage firm in March.  SVN has over 20 advisors that cover the entire metropolitan area and northern and southern Arizona.  While the advisors are parked at the new 16th Street office, they still collaborate with many other SVN offices in the SVN national network. Some of the most memorable sales this year ranged from Retail Development, Multifamily properties, Land, and Office. As a full service brokerage, the Phoenix firm is able to offer so many investment options to their clients.

The first sale of the year was credited to our office team Justin Horwitz and Paul Borgesen III who has taken on specific land projects, including a land deal in Central Phoenix. There was no stopping them in January.  In July, one of the largest land sales made headlines selling 3 acres of land in a prime location off Central Ave & Indian School Rd., selling at over $5.7 million, which proceeded to go into double-escrow the same day.  This month, Beau Flahart and Director of Leasing & Sale Investments, Rommie Mojahed sold land off Meridian & Ocotillo Roads for over $1.2M.  One of the major retail projects appearing in the ‘New to Market’ section of AZRE Magazine was Crismon Gateway Village.  This $28 million project continues to lease space in Phase II of the project. Mary Nollenberger, Rommie Mojahed, and Eddie Gonzalez have all played roles in the leasing development.  Nollenberger was also selected as one of the ‘Most Influential Women in 2017’ with AZRE magazine. Mojahed was recently featured in the ‘Western Real Estate Business’ national publication. The advertorial by Director of Marketing & Administration, Melissa Swader & Mojahed covered how innovation in area development has caused investors to consider the Arizona market for their investment properties. Another huge blog written by Swader for SVN was titled “Is 16th Street the newest commercial real estate hub?” and published on several media outlets including AZ Big Media. Although written and published in June, the commercial real estate down 16th Street came to fruition with a major retailer, Target, Inc. moving in on 16th St. & Camelback and right across the street was the sale of another shopping center, along with multiple multifamily complexes changing hands over the next few months.  SVN certainly proved that in 2017 with over a dozen multifamily sales across the valley from Tucson, Mesa, Tempe, Scottsdale, and Phoenix including the ‘Deal of the Year’ recently announced, Los Compadres Apartments by Carrick Sears, Vicente Cantua and co-brokered with Chip Kloppenberg. The property sold for the full price of $4.56 million.

While SVN in Phoenix is blessed with so many opportunities and successes in 2017, there are many SVN offices all across the country that share big commercial real estate news. Managing Director, Cameron Irons from SVN | Vanguard in Santa Ana, California also works everyday to maximize their client’s returns through their strong local connections, industry cooperation, and international marketing platform that is known as the “SVN Difference.”  Big commercial real estate deals can be expected anywhere. The Santa Ana brokerage was recently named the exclusive leasing agent of Buena Park Downtown, a regional mall and open-air entertainment center totaling 925,327 square-feet. Irons stated, “Senior Vice President, Travis Dunn leads the leasing team with Stephen Lee and Andrew Miley for this retail center.”

The Orange Country area sees the trends in construction and is booming, however long entitlement timelines, escalating construction costs and growing opposition to development are making it tougher to build.  “We can expect much of the same with limited inventory in 2018,” said Irons.  He continued to express, “This will benefit the Advisors who focus on cold calling on business development since there is very little left for the “lucky” advisor.” SVNIC® has one of the most recognized marketing platforms in the country.  In fact, the Lipsey Company named the SVNIC Brand #6 of most recognized commercial real estate brands in the industry. The technology and resources make it very easy for any SVN office to establish high-end proposals and systems in place to elevate business development. “We are focusing on moving our California investors into other markets with quality tenants and high CAP rates or look for opportunities to add value in So. Cal through aggressive management and value add improvements,” said Irons.

SVN | Denver Commercial is also seeing the trends in mixed-use development in Denver.  Managing Director, Kevin Matthews stated, “Multi-story retail, multifamily, and office with an entertainment component in dense locations seem to be more and more prevalent in the Denver metro.”  The brokerage specializes in the sale of retail and office properties throughout the Front Rage area, and single-tenant investments nationally. Denver Commercial has a combined 40 years of experience and secured numerous transactions valued at more than $900 million. One of the brokerage transactions this year include the Lincoln Center. The adaptive reuse turned a former Elementary School in Colorado Springs that closed a couple of years ago into a popular mixed-use center anchored by Goat Patch Brewery.  Matthews stated, “We had a lot of competition for the asset and it wound up trading $130k over the asking price.” Matthews and Troy Meyer represented the seller in this particular transaction.

“Colorado Front range will remain strong throughout 2018. We see a large portion of growth and appreciation taking place in Colorado Springs simply based on the affordability of the market,” said Matthews.  According to Forbes, millennials have a reputation for doing everything on their smart phones but the shopping experience is much different.  While there is a real difference between older and younger millennials, they still rather visit retail shopping centers for the experience.  You can’t get a Dutch Brothers coffee from your couch.  Well, in 2018, you just never know. Colorado for one is growing at a rapid pace with a large influx of millennials that has caused a high demand for a work, play, and sleep atmospheres.

Inevitably, the commercial real estate trends will vary in every city and Lexington, Kentucky is no different.  The Industrial market is very strong both in sales and leasing. Planning and zoning by city officials also sets the urban service boundaries in place which ultimately effects and controls the growth outward and protects agricultural land, including thoroughbred horse farms, and keeps the larger land tracts from being available. The lack of inventory of industrial land at the intersection of Interstate 75 and Interstate 64 creates a supply and demand situation driving land prices, building values, and leasing rates up over the past 24 months. Managing Director, Matt Stone CCIM, MBA stated, “I see this continuing over the next few years as well with very little new land slated to be included in the urban service boundary for development.”

Once again, collaboration among other CRE brokerages plays a significant role in the deal-making process. SVN | Desert Commercial Advisors has worked with several other SVN firms, including Jorge Jimenez with SVN | Vanguard, San Diego on a NNN Retail deal and Neil Johnson with SVN |Landmark Chicago on a current industrial listing in El Mirage, AZ. A single transaction for SVN | Stone Commercial Real Estate catapulted into a “domino effect” of multiple deals. “I always love cooperation and collaboration deals,” said Stone. Stone worked with an out-of-state Colliers office to co-broker a tenant rep deal for AssuredPartners Insurance for a 15,000 square-foot lease of office space in Lexington. After finalizing a $2,000,000 lease of new office space over the lease term, there were multiple brokers that were paid commissions through the collaboration deal.  Stone saw another opportunity and secured the listing to sell the building that was being vacated by the anchor tenant, AssuredPartners at a later time. With a solid marketing campaign, Stone was able to sell to Forcht Bank shortly after the anchored tenant moved.

Stone said, “I see the continued desire for business to locate in and around Lexington, Louisville and Northern Kentucky (Cincinnati area).”  There has been a steady growth and commercial real estate brokers can be excited about the new retail, multifamily and industrial demand that has been evident the past 24 months. With good interstate systems and airports available in all three cities, plus major colleges and universities like University of Kentucky being a flagship, there is an opportunity for more corporate headquarters to invest in the area.  Lexington continues to get good publicity nationally with horse racing, basketball, and let’s not forget the bourbon to draw people into our state.

Collaboration is one of the most important traits that every SVN advisor should have.  The sudden emergence of the technology revolutionizes the way SVN is able to use a branded marketing platform to increase opportunities for new business development.  Innovation is how SVN in Phoenix strategically plans its initiatives and when you put a group of CRE professionals in a room, co-brokers on a conference room then co-creation begins to evolve and cooperation and coordination are soon to follow.  At the end of the day, Desert Commercial Advisors “Communicates to Elevate” top production numbers, record-breaking commissions, and overall client satisfaction with approximately 200 deals closed for the year and this is just one office.

The Rise of the Wellness Industry and How You Can Capitalize Off of ItSVN Announces the Sale of Grovers East Apartments in Phoenix for $2.65M