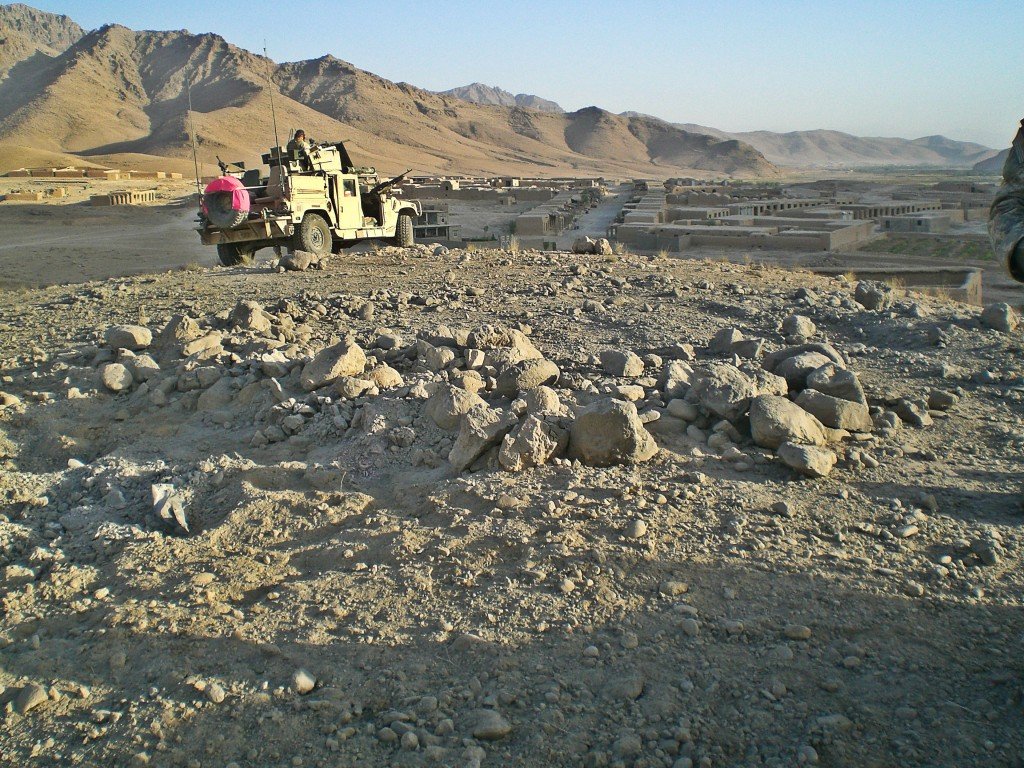 This is Part 2 of a multi-part series on how war makes you a better CRE professional. Click here to read Part 1.

Our Afghan counterparts (ANA) were critical to our mission in Afghanistan.  They knew the people, culture, terrain, history, and sketchy areas better than we ever could.  There were countless times when we put our lives in their hands, and you can’t do that without rapport (and trust).  Building rapport meant drinking tea and eating dinner with the ANA, learning about their family, and generally showing that you cared.

When I started in commercial real estate (CRE) in Milwaukee in 2009, I shadowed my mentor on a meeting with a small-town banker regarding a property his bank had recently taken back.  It was very obvious from the start that the banker didn’t care much for us “big-town” Milwaukee brokers.  Noticing the extensive collection of Green Bay Packer paraphernalia in the bankers’ office, my mentor immediately started talking Packer football, and the bankers’ mood almost instantly changed to positive.  My mentor built rapport before talking business, and ended up having a very productive meeting.

I realized early that building rapport isn’t just critical to overthrowing an insurgency in Afghanistan, but that it also helps in business.  Rapport breeds loyalty.  Get to know your clients!

You learn very quickly while at war to become comfortable in uncomfortable situations.  Staying calm in a stressful setting becomes vital to surviving and thriving in combat.  It might be difficult for most people to understand how you can be calm when being shot at, but I think it generally involves two things:

In real estate, I can’t control the economy, election, taxes, healthcare, client motivation, banks, corporations, expansion plans, etc… so I don’t stress out about it.  I focus on what I can control, and stay calm throughout the process (no matter how long it takes).  You won’t forget things, miss things or screw things up when you’re calm.  Calm is effective.

Militants in Afghanistan have commonly referred to Special Forces Soldiers as “the bearded ones”, due to the relaxed grooming standards that we enjoy while deployed.  No, we don’t grow beards to blend in – no one is going to mistake me for an Afghan.  We grow beards because it’s a sign of manhood, and helps build relationships and trust.

Green Berets have a reputation of being an aggressive group of tactically sound and well-equipped guys, who bring one hell of a fight – the enemy knows this.  Coincidentally, there have been many instances where reputation alone has deterred the enemy from attacking a Special Forces unit.

Your reputation in business and life is extremely important as well.  A good reputation brings in business, and a bad one deters it.  People who know you and like you, will want to do business with you.  Being known isn’t enough, if people know you for the wrong reasons.  Develop encyclopedic-like knowledge of your market, aggressively follow-up, over deliver, and always work harder than your competition.  If you can do those four things, a good reputation won’t be a problem.  Develop a solid reputation – it will follow you everywhere.

Josh Markiewicz - Former U.S. Army Green Beret turned commercial real estate broker in central Illinois. I focus on all aspects of CRE, and provide my clients a 360-degree perspective to the commercial real estate process. I'm passionate about gaining a situational advantage in the real world, and preach the power and importance of leadership, teamwork, preparation, and perseverance every day. Read my blog Josh Markiewicz Follow me on Twitter @crejosh