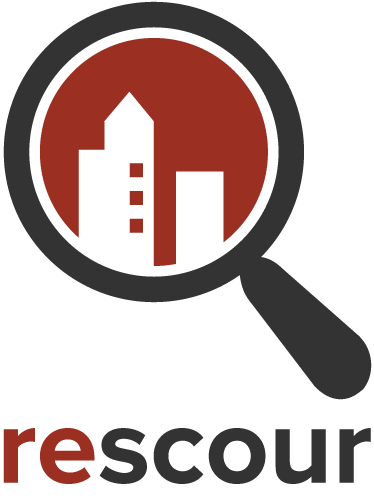 On December 3rd the 2015 Bisnow Multifamily Annual Conference took place. We’re going to take this time to shamelessly plug that we had a big product launch that happened at BMAC you can read all about here. Back to the point, the last panel of the day spoke about secondary and tertiary cities on the rise with the speakers listing some of the cities capturing their attention. We decided to dig a little deeper to see what exactly excited them about these markets. We got information on the population growth, unemployment rate, job growth and vacancy rates to help you guys see why these cities might be worth the 2016 multifamily market watch list.

Philadelphia, PA had an unemployment rate of 6.5% in October with a total population of over 1.5M people.

As of July 30th, 2015 Philly.com  reported the Class A vacancy rate was at 2.3%, meaning the demand for for high-end apartments is on the rise. They also reported Q2 vacancy was 1.6% in the city down 3.4% from a year prior. This is probably lead by the fact that they have had a population growth for 7 years straight, is the 3rd largest city on the East Coast, and 5th most populous city in the United states.

They also recently passed the Philadelphia Job Creation Tax Credit to encourage job creation, retention and capital investment within the city limits. It gives a credit term of five years and a credit of 2% of annual gross wages paid to new employees OR $5,000 per net new job, whichever is greater.

All of these reasons combined is a good indication of why you should be following the Philadelphia market in 2016.

Las Vegas’ total population sits at a little over 1.8M according to ACS 2014. And even with its unemployment rate at 6.4% as of Oct. 2015, they also added 20,800 jobs in that month, an increase of 2.3% according to the Las Vegas Review-Journal. The Census reports rental vacancy rates for Las Vegas MSA in the 3rd quarter of 2015 is 6.5%, which isn’t particularly amazing compared to Philadelphia.

The most interesting thing we found about Las Vegas’ multifamily market was the fact that there has been little expansion in multifamily over the last few years, which has lead to a higher demand. According to a report by Colliers there are as many as 5,500 multifamily units planned to come on the market in the next couple of years, so that may be why one speaker suggested Las Vegas as a market to watch in 2016.

This is no surprise to us, we covered them in our write up about ACS rent statistics a few weeks back and in 2014 they experienced an average apartment rent increase of 18.1%! Let’s dig into some of the facts that brought about these sorts of numbers.

Even with apartment vacancy rates growing slightly we think Denver is definitely a multifamily market to watch. Especially with their continuing population growth and the big rise in median home price from 2014 to 2015.

We don’t see Seattle as a secondary or tertiary city, but it was among the list of multifamily markets exciting the BMAC panelist, so let’s get into it.

The Census reported the vacancy rate for Seattle MSA rental vacancy is at 2% during Q3 of 2015…WOW. The demand is strong with this market, it is easy to see why 2016 will be a good year for the Seattle multifamily market.

The panelist at BMAC didn’t mention San Diego by name, but they were interested in Southern California and San Diego is about as south as it gets.

As of January 2015 they saw a 1.5% growth in population getting them to 1.36 million residents. The unemployment rate in Oct. 2015 was 4.7% an almost 3% difference from that time in 2014. There is a good reason for that too, in 2014 California passed the California Competes Tax Credit which is an income tax credit available for businesses that want to set up shop in California or businesses that currently reside in Cali to stay and grow.

The San Diego MSA rental vacancy rate is also at 2% during Q3 of 2015, just like Seattle… DOUBLE WOW.  We totally see with all of these things combined why the panelist thought this was a multifamily market to keep an eye on during 2016.

The Orlando MSA rental vacancy rate during Q3 of 2015 is a whopping 8.8%…ouch. Well it’s not the worst out of the 75 largest MSA, but it is still far above the rest on this list. The good news is Orlando is first in the state in job creation and the unemployment rate is 4.3% as of Oct. 2015 which is down 1% from the year before.

The job creation and low unemployment is pretty impressive, but the vacancy rate is hard to over look. It is entirely possible the panelist at BMAC had some insights on Orlando and why it belongs on the 2016 multifamily market watch list, so we’ll just have to wait and see what transpires.

This was a suggestion by our own CTO Chris Lexmond, who was not a panelist, but has some good insights. Right now Atlanta is in the middle of building two sports stadiums, but Chris predicts that once they are done construction costs will go way down, resulting in commercial constructions going way up.

He also points to the continual rise in rents, in the 6 months prior to October 2015 the average apartment rent went up 13.2%. We covered more of their rent statistics on our blog post a few weeks ago which you can read here .

Although unemployment is 6% as of Oct. 2015 which is above the national average, but not quite as high as Las Vegas or Philadelphia. The rental vacancy rate for Atlanta MSA is 7.9% in Q3 of 2015, not as bad as Orlando, but still not great. Again these are 2015 numbers and both the new stadiums are scheduled to open in 2017, which means the construction will be done sometime in late 2016. So keep a lookout on the Atlanta multifamily market, especially later in 2016.

REscour was founded by CEO Jake Edens and CTO Chris Lexmond with the intention of helping CRE professionals make better, data-driven decisions. REscour seeks to answer questions about the commercial real estate market before they’re asked by aggregating and analyzing massive amounts of data such as listings, news, and transactions. REscour's main goal is simple: supply quality market intelligence to CRE professionals and provide more insights than ever before.

The other side: seeing things from the business owner’s perspectiveBenefits of Professional Blogging Services