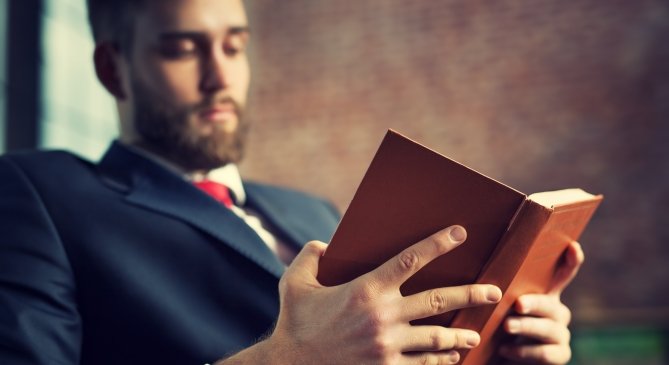 This blog post is devoted to sharing twelve of my most favorite books I read in 2016.  You’ll see that I like to read a variety of books.  If you’re interested in learning more about a particular book, click on the book title and the link will take you to its Amazon page.  If you have a favorite book you’ve read recently I’d like to hear from you.

#12 – The Orchardist: A Novel by Amanda Coplin

This book is historical fiction that takes place at the turn of the 20th century in rural central Washington.  It is a story about William Talmadge, a reclusive kind-hearted individual who lives alone on his property tending to his apple and apricot orchards.  One day, two runaway, pregnant teenage girls steal his fruit at the market.  This is the beginning of his relationship with these sexually abused young women.  The author, Amanda Coplin, does an excellent job of fleshing out the characters of her story.  She also gives the reader an understanding of a time and place in American history that is not well known.

#11 – Rin Tin Tin: The Life and the Legend by Susan Orlean

Like most of us who grew up seeing Rin Tin Tin on television I thought the dog was only a fictional character.  Not true.  The real story of Rin Tin Tin begins on a World War I battlefield.  It is the story of an American soldier, Lee Duncan, who discovers the abandoned pup in France, nurses him to health and disobeys orders by shipping him back to the U.S.  In the early days of Hollywood, Duncan took the well-trained dog to several movie studios asking if Rin Tin Tin could be in a film.  The dog eventually gets his opportunity and so begins his movie career.

#10 – The President is a Sick Man: Grover Cleveland Survives a Secret Surgery at Sea by Matthew Algeo

This a remarkable story about President Grover Cleveland who successfully hides from the public during his second term in office a surgery to remove a cancerous tumor from the palate of his mouth.  Reporter E. J. Edwards uncovers the secret operation but the president, known for his honesty, vehemently denies it.  The journalist is discredited and his reputation as a reporter is ruined.  It wasn’t until nine years after the death of Cleveland that the truth is revealed by one of the doctors who performed the surgery.

The story, set in the 1950s, is a simple one.  An eleven-year-old boy, Donal, is sent on a Greyhound bus to live with his Great Aunt Kate while his Gram recuperates from surgery.  On this trip from Montana to Wisconsin Donal encounters several interesting characters.  Aunt Kate turns out to be way too bossy for a precocious kid like Donald.  They never bond and Kate sends him back by bus to the foster care system in Montana which Donal is dreading.  But coming to Donal’s rescue is Kate’s husband Herman.  To Donal’s surprise Herman unexpectedly shows up on the bus ride back to Montana.  Instead of the foster care system for Donal, the two travel around the west having all sorts of memorable adventures.  The author does an excellent job with character development.  I highly recommend the book for pure entertainment.

#8 – Babylon’s Ark: The Incredible Wartime Rescue of the Baghdad Zoo by Lawrence Anthony

When the Iraq War breaks out, Lawrence Anthony, who oversees a wildlife preserve in South Africa, travels to war ravaged Baghdad to rescue the animals in the city’s zoo.  There he finds the few animals that have survived the war in deplorable conditions without adequate food or water living in filthy cages.  Working with members of the zoo staff and a few compassionate U.S. soldiers Anthony defends the zoo from the anarchy of the mobs, barters for food and basic supplies, and starts the process of returning the zoo to its prewar condition.  It’s a true story of a few men and women who selflessly work together to protect and preserve the wildlife caught in the middle of a war zone.  It’s a real page turner.

#7 – Love Does: Discover a Secretly Incredible Life in an Ordinary World by Bob Goff

This is a very entertaining and fun read.  But the book’s message is profound: “Love does.” Bob Goff’s love takes action.  The author tells his story of helping others by living by this simple motto.  Each chapter has a different story with a different moral to the story.  The book doesn’t come off as “preachy.”  His story is inspirational as you read what God can do with a man of simple faith, someone who is willing to love others in practical ways.

#6 – Ally: My Journey Across the American-Israeli Divide by Michael Oren

This book is a memoir by Micheal Oren as the Israeli ambassador to the United States from 2009 to 2013.  Oren becomes ambassador just as Benjamin Netanyahu, Barack Obama, and Hillary Clinton assumed office.  Oren interweaves his personal journey with the behind-the-scenes accounts of the historical events, international summits and diplomatic crises that occurred during his time as ambassador.  I particularly enjoyed the insightful stories he shares with his readers about the well-known political figures he comes in contact.

#5 – Speed of Trust: The One Thing That Changes Everything by Stephen M. R. Covey

Are you someone that people naturally trust?  Do you know the behaviors that high-trust people exhibit?  In this book, the author identifies thirteen behaviors that builds trust between individuals.  When people have confidence in you, in your integrity and in your abilities to perform as promised, trust is the end result.  And when potential clients trust you, your chances of getting their business improves dramatically.  On a personal level, high-trust individuals are more likely to be promoted, make more money and have more fulfilling relationships.  So the benefits of trust are huge both personally and professionally.

#4 – Team of Teams: New Rules of Engagement for a Complex World by General Stanley McCrystal

When General Stanley McCrystal took command of the Iraq War in 2003, he quickly realized that conventional military tactics were failing. Consequently, Al Qeada in Iraq was successfully running rings around the best military the world has ever known. Therefore to succeed, General McCrystal would have to acquire the enemy’s speed and flexibility.  He had to discard a century of conventional wisdom and remake the Joint Special Operations Task Force into a new network that combined openly shared information with a decentralized decision making authority.  Surprisingly the author makes a good case that the lessons learned in Iraq are directly relevant to today’s business environment.

#3 – The Sixth Extinction: An Unnatural History by Elizabeth Kolbert

The following is an excerpt of a review of the book on Amazon.com by Frederick Goethel. “Kolbert begins by going through the past five extinctions and explaining what is known of them and how they came about, as well as what organisms were present during each of them that eventually were wiped out. She then travels around the world to look at a number of ways in which we humans are causing the death and destruction of our current environment. That ranges from acidification of the oceans from excessive carbon dioxide levels to clear cutting of forests and to our unwitting transfer of invasive species around the globe on a regular and frequent basis.”  You would think a book on this topic would be rather dry and boring or the author would tend to be apocalyptic in tone.  Neither is the case.

#2 – Thomas Jefferson and the Tripoli Pirates: The Forgotten War that Changed American History by Brian Kilmeade

When Jefferson becomes President he inherits a simmering conflict with state sanctioned pirates off North Africa’s Barbary coast (Mediterranean coastline).  U.S. merchant ships were forcibly boarded, their cargo’s confiscated and their sailor’s enslaved.  The rogue states were unwilling to negotiate.  The president had a choice: The United States could pay a sizeable annual tribute to the North African ports of Sale’, Rabat, Algiers, Tunis and Tripoli for safe passage or he could declare war.  Jefferson decides to go to war by sending the newly created U.S. Navy and a small detachment of Marines to blockade Tripoli.  So begins the Barbary Wars.  It is a real page turner of a book.  It’s about a time in American history that I had no previous knowledge.  This book should be made into a movie.

#1 – Red Notice: A True Story of High Finance, Murder, and One Man’s Fight for Justice by Bill Browder

This is the true story of Bill Browder’s hunch that the breakup of the old Soviet Union would be an investor’s dream come true.  Moving to Moscow, Browder is on the ground floor of the nascent Russian stock exchange.  Old, crumbling, inefficient state owned industries are being sold for pennies on the dollar because no one knows how to value their assets.  Browder’s Wall Street experience valuing companies gives him an insider’s edge that his competitors do not have.  As a result, his investor fund makes billions of dollars.  The Russians resent this outsider profiting from the sale of these formerly state owned industries.  Browder exposes the corruption of those in power turning him into Putin’s number one enemy.  The book is a combination of financial intrigue and crime thriller that leads ultimately to a political crusade for justice.  This book reads more like a novel than a true story.

Happy reading.  Have a Merry Christmas and a prosperous New Year!

Here’s my Christmas present to you.  Download for FREE my Top 5 Blog Posts to Make You a Better Investor.

The post 12 of My Most Favorite Books of 2016 appeared first on Marshall Commercial Funding Blog.